It feels like ages since I sat down and talked with everyone but it has only been a solid week of me being away! Really sorry about that. Last Tuesday, I went to a Spa day with two of my very good friends which was something planned months in advance. That took up the full day but sometimes you just need to catch-up with people and life you know? That day, I promised myself to leave technology behind!

Realistically, posting on Tuesday or even the following day wasn’t going to happen but I still had plans to post twice last week. Come Thursday evening, I noticed that my throat was starting to feel clogged up which is normally the first sign that I’m coming down with a cold – and that’s exactly what happened. The bad kind too. As if that wasn’t enough, on Friday evening, I noticed I had a peculiar mosquito bite on my leg which actually swell up the following day like a bruised golf ball. Genuinely praying to the Gods that this all clears up since I’m going to Berlin on the 11th.

All in all, I’m feeling better now. That or I’m sick of sleeping and not being very active so I’m typing this at 2am with eyes wide open. For me, sleeping is not quite a blessing now since I feel like I haven’t put my energy into much lately and I hate feeling this way. This is not me! Anyways, enough rambling. Favourites! 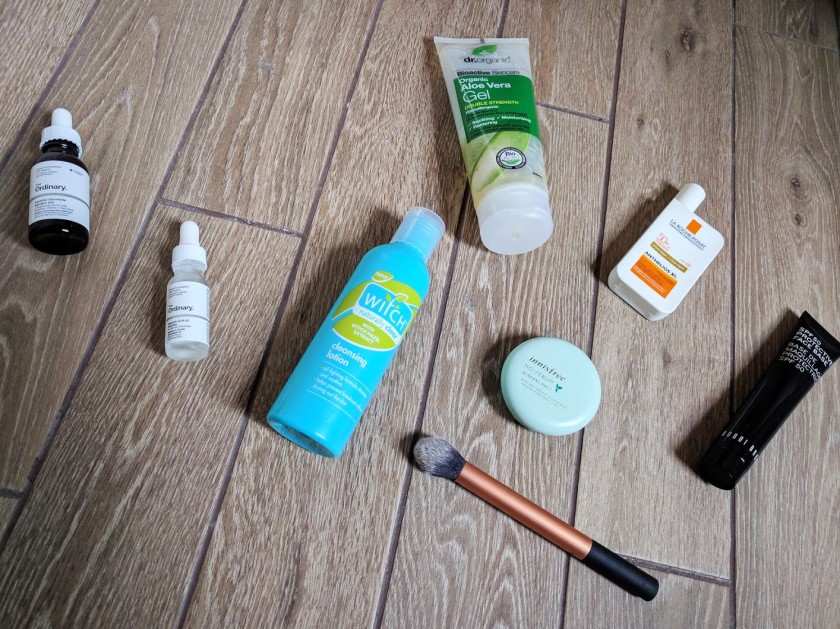 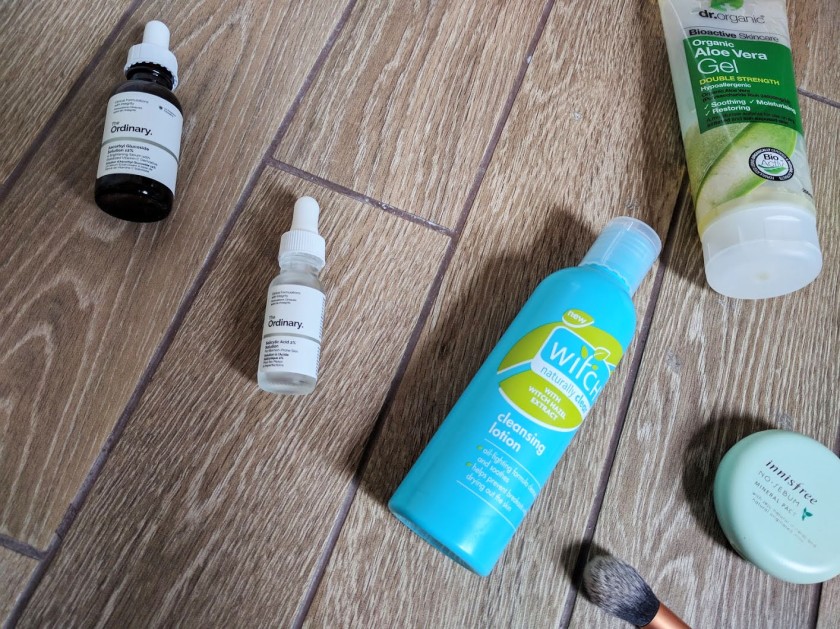 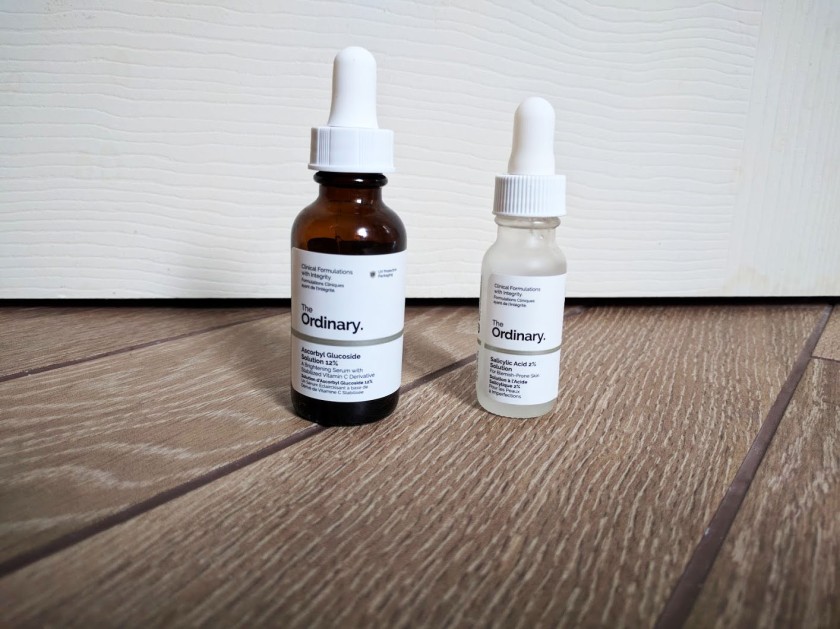 A little goes a long way with this one: My skin has just been up and down in the last month or so. Truthfully, I think my skin just doesn’t like warmer climates so it gets congested and all sorts. I recently purchased The Ordinary Salicylic Acid 2% Solution which has just worked from day one. I had some red, bumpy under-the-skin spots on my lower cheek but this solution flattened them almost immediately. It’s a small bottle but you only need a little so go ahead and check it out sometime!

Vitamin C goodness: I have been using product after product from The Ordinary and this is another firm favourite. It’s the The Ordinary Ascorbic Glucoside Solution 12% which is essentially a vitamin C serum. I didn’t really like the Vitamin C Suspension [Refer to this post] but this one gets a mention from me. It’s just easy to use, hydrating and has been brightening my skin which you know, needs it when you’ve been spotty… 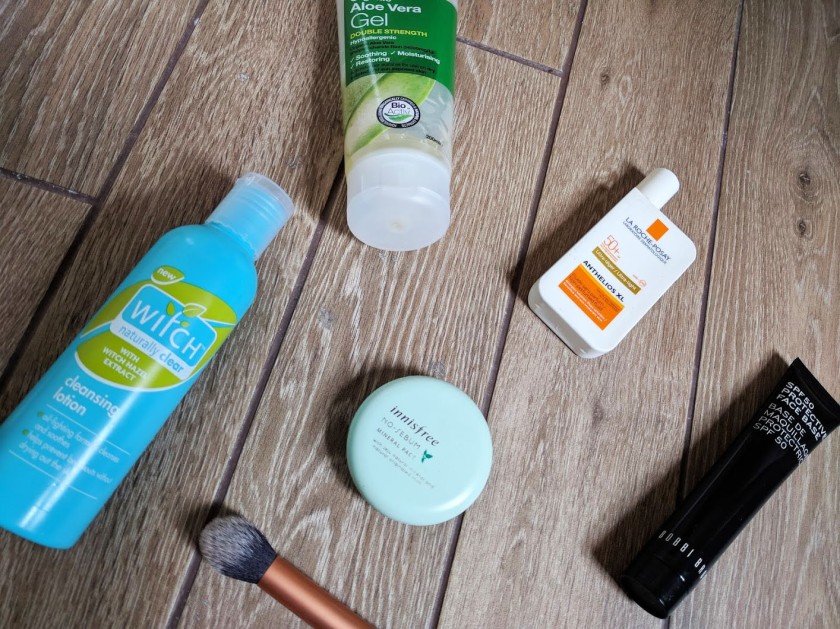 A blessing for oily skin: Do you see a theme yet? Maybe this should be re-named ‘Break-out Edition’ or something. I picked up the Witch Cleansing Lotion at Home Bargains for £1 on-the-whim and it’s up there with my favourite toners ever which yes – is a statement. It actually reminds me of some of the old toners I used to use but without the sting. This is great in controlling my oil levels and hopefully there is more stock since I want more!

The one I keep as back-up for times like these: There are products that I don’t use all the time but will definitely have in my beauty cupboard and it’s the Dr Organic Aloe Vera Gel. I turn to this whenever I’m breaking out since it’s a great antiseptic yet it doesn’t dry out my skin. I use this almost like a sleeping mask. There’s a slight tightening effect which I really like too.

New favourite powder on-the-go!: Whenever I buy anything, it takes a while for me to use the products properly. But – I’ve finally gotten round to using the Innisfree No Sebum Mineral Pact and I really like it! [See: YesStyle Beauty Haul + Experience] I have been using it to set my under-eye concealer and for on-the-go touchups – both of which I find works well. I don’t feel that my pores are getting clogged at all which I think is a main worry of powders. Oh, and the puff that comes with it is super soft and cushiony which is a major plus.

It took some time but I’ve gotten to know you: I didn’t get off to a good start with the La Roche-Posay Anthelios XL. At first, I accidentally got the ‘tinted fluid’ which is much too dark for me to use. Eventually, I got the ‘non-perfumed fluid’ which I really liked on its own but on top of skincare, it seemed to weirdly disintegrate and pill! Not cute as this disrupted my makeup routine. Eventually, I read on Makeup Alley that you should warm it between your fingers before applying. What a difference that made! As a result, I will be taking this with me to Berlin. 🙂

Already preparing for winter? Possibly: As you may know, I’m a bit of a Clinique snob. Now, it’s probably safe to say that I’m also a Bobbi Brown snob. 😛 I recently invested in the Bobbi Brown SPF 50 Protective Face Base after an SA recommended it which was a gamble since the Clinique product I wanted wasn’t in-stock. This is more of a cream so it almost acts like a moisturiser too (I personally wouldn’t bother with a primer if you’re doing makeup). There’s something about this that preps your skin in a clean, model-like way along with a complimentary planty smell. I’m actually surprised that I don’t hear much about this? I think this will make a brilliant winter staple in my kit this season.

Well, that’s it for my favourites! This isn’t one of the two posts that I was going to have up last week, but I figured that I would post this first seeing as it’s still early September. As I have mentioned, I’m off to Berlin next week but I’m hoping to pre-plan some posts as to not go completely missing-in-action. Of course, my number one priority right now is more my health but believe me when I say writing has helped settle my mind. 🙂

See you soon and as always, let me know what your favourites have been! ❤

You can find me on:

An Abstract on Black Paper
My Spring Series (so far!)
To Feel Peaceful is a Blessing
Moody Outcomes / Painting My Feelings Because No One is Listening
Guardians
Follow the Light, Not the Road
I hope your dreams feel like this when they come true
In My Dreams Is Where I Feel Safest