I actually don’t know where April went because for starters, there definitely isn’t a whole lot to show for it on the blog! I apologise on my part, but no dwelling – that’s all in the past. What I did do however, was change up my routine a bit more, so I do have a couple of favourites to show. In the meantime, I’m also working to conclude my Rome Travel Series (see recent post here) and to officially accept some blogger awards (long overdue) so expect these posts in the coming weeks.

Back to main topic though – favourites! What’s been taking my fancy as of late?

* Not linked as I understand fashion pieces eventually expire on websites. But I’m sure the brand will display similar item(s). 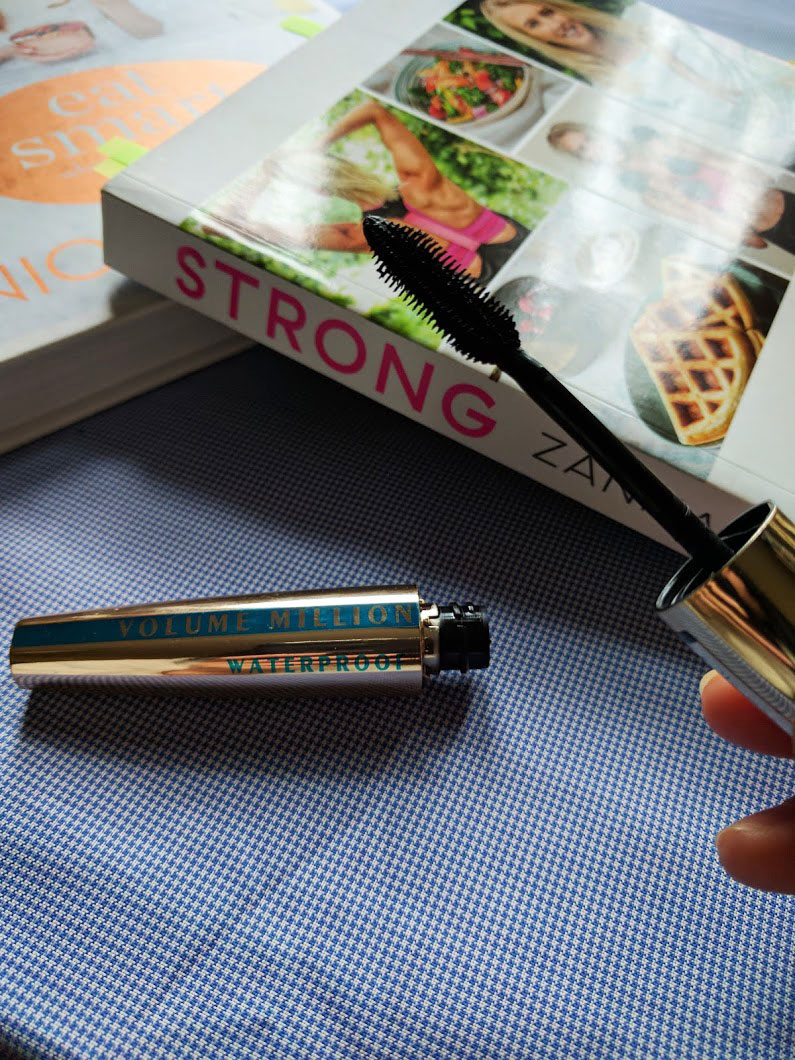 L’Oreal Million Lashes Waterproof Mascara: Truth be told, I never thought I’d find a non-Asian mascara that I’d like enough to rave about, let alone feature in a favourites post. Generally speaking, mascaras from my local drugstore (think Rimmel, Bourjois, L’Oreal…) don’t do much for my pathetic lashes. Since they are naturally flat and straight, the main problem I get from mascaras is a) the curl not holding at all which eventually leads to panda eyes and b) lashes end up looking less than what I started out with. This mascara on the other hand, actually holds the curl and multiplies my lashes in a very natural way. Lashes looking like lashes. Seriously, that’s all I ask for! And I’ve found it in this which I can locally get whenever – double winner.

Bourjois Healthy Mix Serum Foundation (in 52 Vanilla): I featured this foundation a couple of favourites ago. Recently, I’ve been using it again and each time I do, I remember how much I love it. (Sometimes I still question why I buy other foundations. Curiosity, I guess!) I always reach for this when I don’t know what foundation to wear. It’s just such a comfortable choice: I don’t have to worry that it might look bad because it won’t. Foundations shouldn’t have to be risqué and this totally offers that. I especially love its gel texture which I think is the reason for why this is so fabulous to apply on the skin. Worth the hype!

Ralph Lauren Big Pony 1 for Women Perfume: This is a bit of an unusual choice simply because I don’t see/hear Ralph Lauren and their perfumes being represented much in the media. I bought this some years ago at Hong Kong International Airport but have only used this (and the others in the set) a few times. I’ve been making a conscious effort to use this more often in the past month – and I really love it! 1 smells really fresh and sporty. It’s not intimidating and is actually a scent that’s very unisex. I always think of the sun and sea whenever I wear this. If you hate sweet perfumes, I think this would be a good choice for you.

H&M Sportwear T-shirt in Black: This is the second sportswear tee that I have bought from H&M now. The first is very similar, and because I loved the fit, I bought a second one though not of the same collection/design. I find it difficult to shop for good sportswear without pouring money but H&M offers both affordable and trendy options. This t-shirt in particular is of a really nice, soothing fabric that’s great to sweat in if you know what I mean. It’s flattering on the body, especially with the design lines on the back that I might just shop a whole new sportswear wardrobe from there!

Strong by Zanna Van Dijk: Books are personal as they are. Health & Fitness books are even more personal but one that I think is much more useful than a self-help book as the latter, at times, can sound condescending. I actually purchased this book just before it launched without much knowledge to who Zanna was so it was a bit of a gamble. But by getting to know Zanna through this book and her Instagram (if you are able to ‘know’ someone this way), I found her to be very real, down-to-earth and straight-talking. Yes, she is able to deadlift 200lbs but she isn’t intimidating at all. I bought this solely to learn about being ‘strong’ – because there are still myths that float about regarding women becoming bulky if they lift. There are a range of routines, cardio and resistance, beginner and above along with some recipes that make this a great all-in-one!

Eat Smart by Niomi Smart: Another health book! I may have mentioned this and the above in my Reset: 7 Changes I’m Making in 2017 post. I mentioned there that I wanted to eat well this year and physically challenge myself. If you don’t know Niomi Smart then I’d suggest you start with her What I Eat In A Day series which I think she is most well-known for. She follows a plant-based diet and leads a very healthy lifestyle. Although I don’t think I’ll go plant-based, I think there’s a lot to learn from it. I’ve followed a couple of recipes and it’s made me really appreciate simple, everyday foods. Foods that at least I, have taken for granted – fruits and veg. I generally eat a bit of everything, but I wanted to specifically reduce my meat intake this year and that alone, has made a real difference! I don’t feel bloated anymore, or tired and out of energy. Yeah, I’m getting somewhere. 🙂

What have you been loving this month? Share and comment below and I’ll definitely check them out! ❤

Let’s be friends on:

An Abstract on Black Paper
My Spring Series (so far!)
To Feel Peaceful is a Blessing
Moody Outcomes / Painting My Feelings Because No One is Listening
Guardians
Follow the Light, Not the Road
I hope your dreams feel like this when they come true
In My Dreams Is Where I Feel Safest