Known as the ‘City of Love’.

Love for so many things that

do not exclude Fashion.

Love for the Arts, the People, the Culture.

When it comes to Paris, the focus is inevitably on the famous Fashion Houses. But what remains always challenging and evolving is the stories and legacy that they continue to build upon. This is about how the present is effected by the past to ensure the future for these Fashion Houses.

As you may know from some of my previous posts, some big brands have gone down a 180 degree route after the appointment of its newest creative director. In this post though, we’re not talking about any 180 degree flip although can’t say it’s remained at 0 degrees either!

The appointment of Olivier Rousteing has had an enormous effect on Balmain. The other good news? He’s not going anywhere just yet. Not when he shows a collection like this! (If one day, he decides to, I’m sure that he will also show a stunning collection by then.)

Olivier Rousteing understands proportion, cutting, the movement of fabric and the contours of the body which are so intrinsic to the brand itself. You can expect elegance and grandeur every season, but the formula this time was largely the same, yet multiplied and it was terrific. Rousteing took a risk and it paid off.

There was an essence of safari but nothing like we had seen before. This is Balmain. 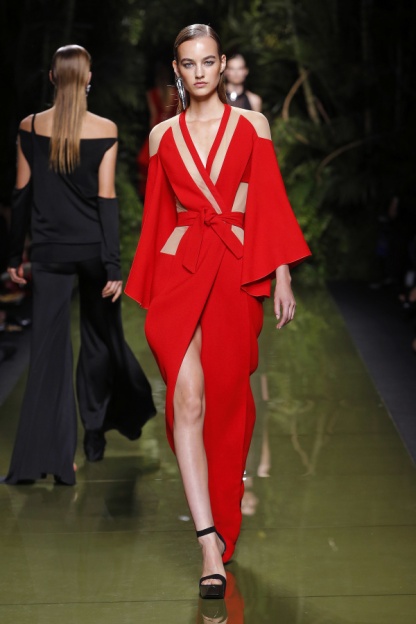 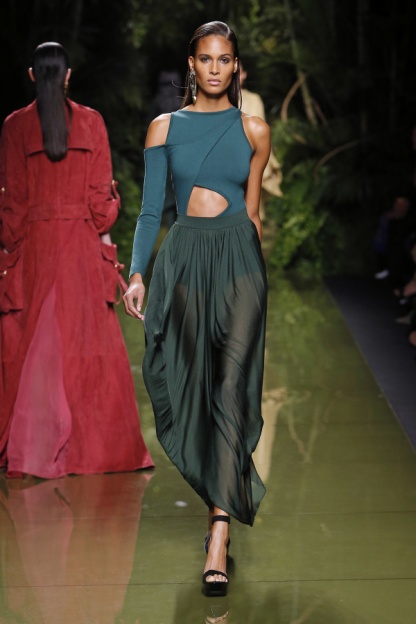 Also, I love a designer who’s able to drape this well.

Whenever I think about Emporio Armani, I think about different types of blues. Navy blue. Electric blue. The type of blues that have so much depth that it pulls you in. Subtle but alluring at the same time. I guess that’s the effect that the famed Armani suit has, and in a sense, the show started with that, although more on the military side.

More ethnic elements were added in as the show went on, under a very Armani colour palette, but the designer managed to keep it cool. The ‘pyjama pant’: a trend that I haven’t been too fond of, has even caught my attention in this collection, with much thanks to the overall styling. Cool. 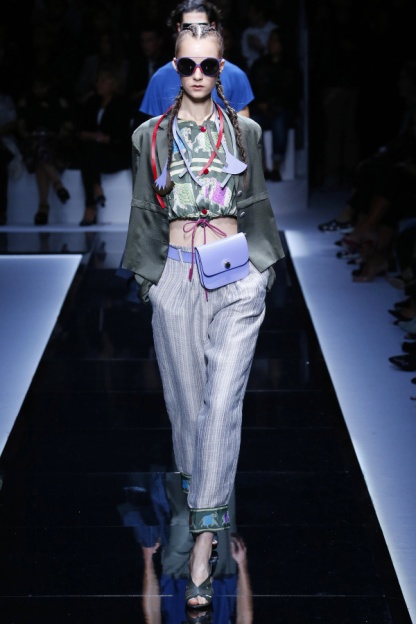 There were some absolutely gorgeous fabrics in this collection. The ethnic trimmings, the embroideries, the fabric manipulations? It was all in the right proportion.

I purposefully left Alexander McQueen last to discuss, because I think it is a fashion house that deserves that type of credential – to be talked about in its own glory without any comparisons as there are none. It is its own. But, I do also want to acknowledge Sarah Burton and say what a wonderful job she has done thus far. The intensity of the brand has not waned at all which is something to appreciate.

There was vision, belief, a theatricality that could somehow involve fashion – even make it. The difference being was, although the show may have been a fashion moment, the overall effect was more than a moment to remember. It made history by using history. Work until you no longer have to introduce yourself they say…bravo, Alexander McQueen! 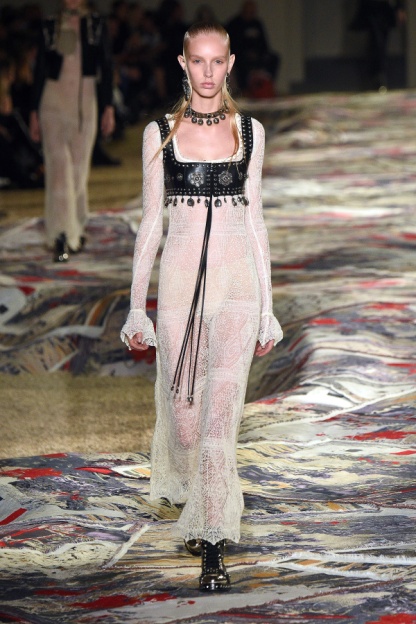 Known for decoration, too much is never too much but of course, you need a solid hand for that.

Enjoyed this post? You can check out my previous fashion week posts too 🙂
Meanwhile, there is one more post after this to complete the series!
Have you yourself, had any favourites this season?

I went fishing and all the feelings came back
I’m sorry that I got it all wrong, can we start over?
“As long as you’re happy”
Some framed smaller works 〰〰+ update
I signed my first ‘painting’ to start my week and it’s now off to its new owner 😌
Cleaning out my phone and found that I never posted this.
Show me something that’s real
We could all use a wish right now