Another season and a whole load of new collections.

Do I care about the seasons? Maybe not so much.

But a girl loves the fashion and the perspective in becoming a woman perhaps.

New York, we’re coming for you first and I’m going to tell you what I think!

Have I told you just how much I adore Delpozo already?

Josep Font, the man behind Delpozo has other ideas in mind that keep spinning and spinning. His bizarre perspective of beauty works. Whilst there are clothes that make women ‘femme fatale’ – dangerous, confident and somewhat demanding, Delpozo designs for the woman who’s grounded yet out-spoken – or shall we say, quietly outspoken? She’s friendly to the eye, non-piercing but still alluring through her beauty and perspectives. It’s definitely a fresh approach compared to the femme fatale muse, at which I need to ask – what’s the deal with being dangerous anyways?

Font continued to explore this season in a more proportional manner. He divided the body into seemingly different shapes whilst still allowing it to be pleasing to the eye. Nothing too crazy or sculptural. Instead, this struck a unique balance between Art and wear. 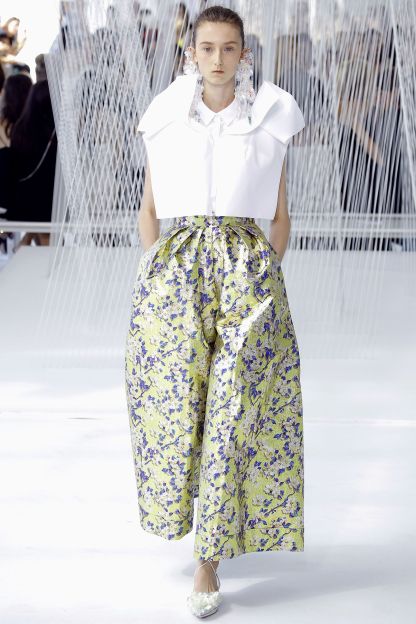 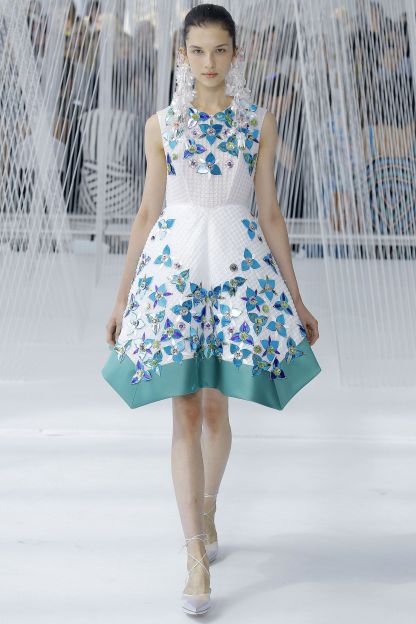 When it comes to viewing fashion week, I don’t typically look at evening wear too much (I leave that for the red carpet events) however, Marchesa is an exception. Fantastical, dainty and delicate but extraordinary, Goddess-like sensibilities…these can be used to describe Marchesa’s muse.

The opening look was one of the strongest this season, and even more so in the palette of nudes. Flesh-tone nudes can be extremely tricky but the design duo got the formula right in the form of fabric and silhouette. The former in particular was well-executed. The soft colour palette…the feel of the collection was reminiscent of the Rococo era but modernised.

There were a few dresses that I was not so keen on – notably the black dresses (not shown) which I felt were too heavy but otherwise, a beautiful collection that are worthy of many red carpet events to come. 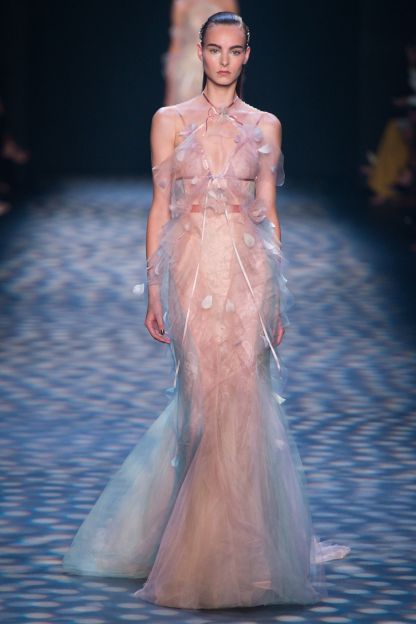 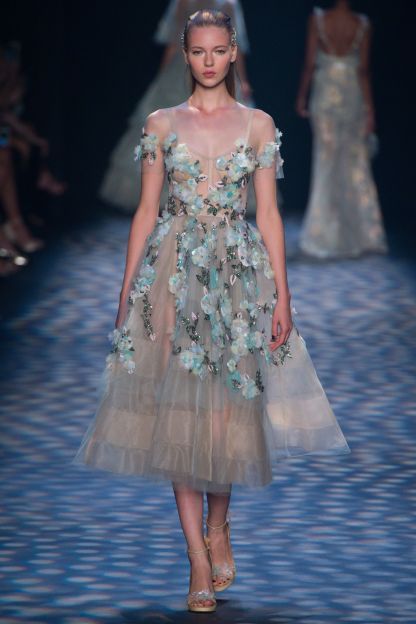 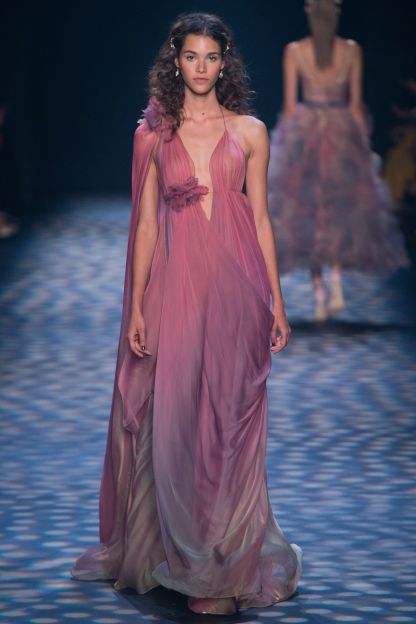 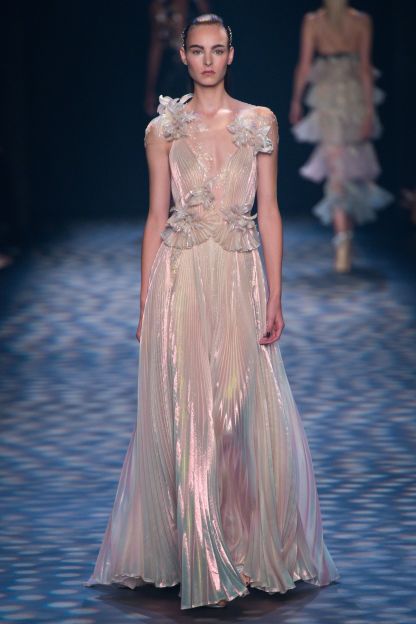 You can count on Marc Jacobs to offer a rave party at 2pm in New York. As the saying goes: All in or all out. There were the multi-coloured dreadlocks piled up high and if that wasn’t high enough, an extra 7 inches in the form of platform boots were added.

It was a techno party with its volume amplified and though inspired by the 90s, we were going into the future. Marc Jacobs. Remember that name, girls. 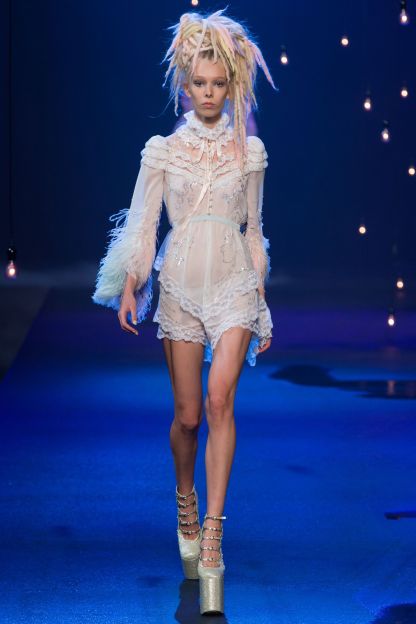 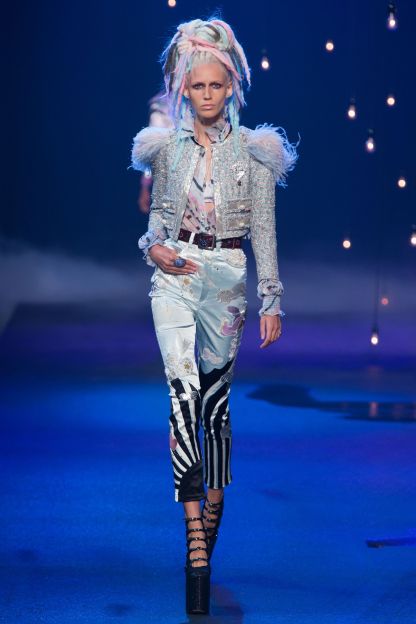 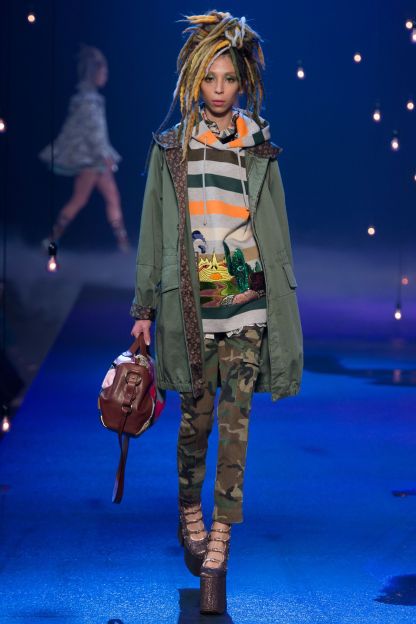 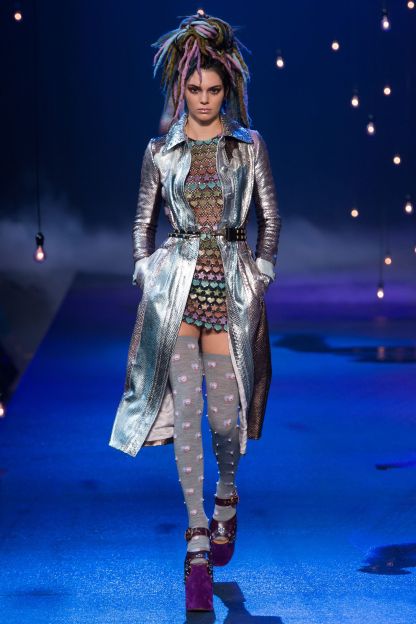