Another season and a whole load of new collections.

Do I care about the seasons? Maybe not so much.

But a girl loves the fashion and the perspective in becoming a woman perhaps.

New York, we’re coming for you first and I’m going to tell you what I think!

I read the label name Adeam and immediately think of ‘a dream’. I look at the collection and I also think the same…’a dream’. Perhaps the label name is a real play on words but the products are not a joke – these are clothes that bridge the gap between girl and woman.

A romantic affair through lack of flesh showing because romance is a feeling after all. What was most impressive was the use of fabric in volume and fluidity all at the right spots. The shoulders were particularly central to the collection. 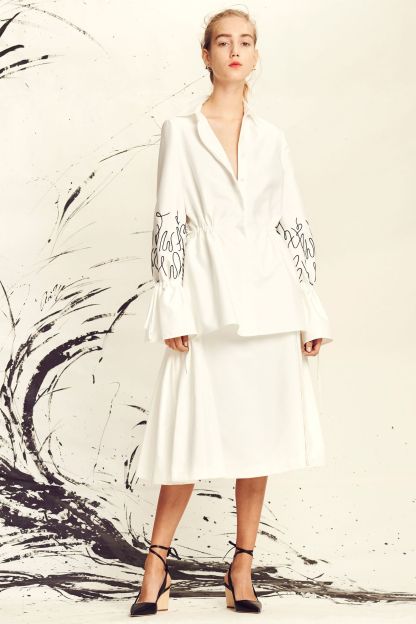 Do you ever reminisce what it means to feel young? Well, Adam Selman has the young ones’ minds at heart. Think surfer girl times skater girl with a touch of ‘boyfriend’. Our adolescent years go by far too quickly, but clothes can make them stay for just a bit longer without feeling too foolish about it. In this mash-up, it has wearable, fun and current written all over it. 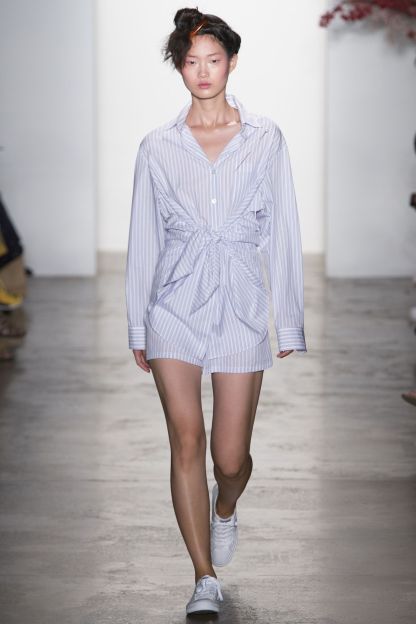 Fashion has no rules as do colour palettes. The definition of nudes are re-dictated here in the use of pale pinks, salmon peachy pinks, burnt orange amongst others. Feminine sensuality was a theme here with predominantly soft fabrics that flowed and swayed, ruffled and lightly pleated. It was a touch of modern New York glamour. Need an update on your nudes? Look here. 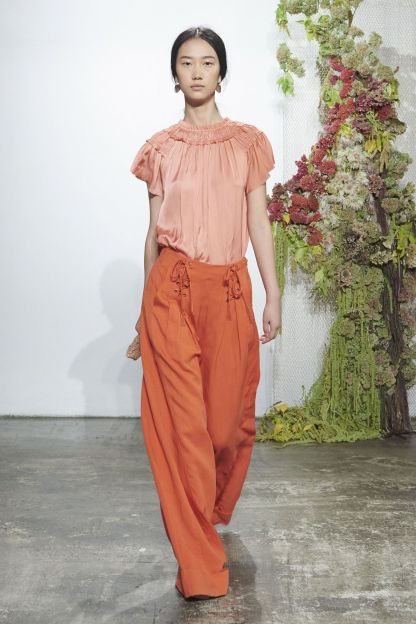 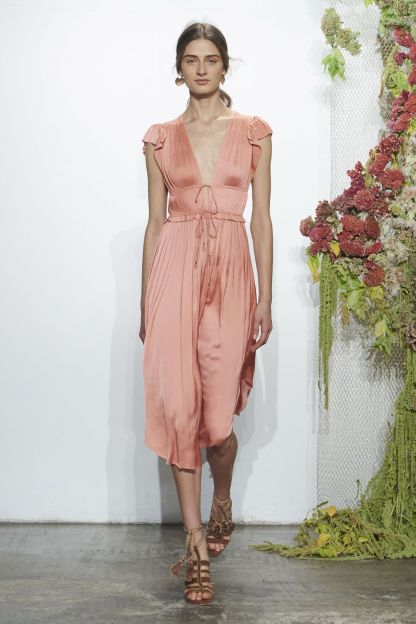 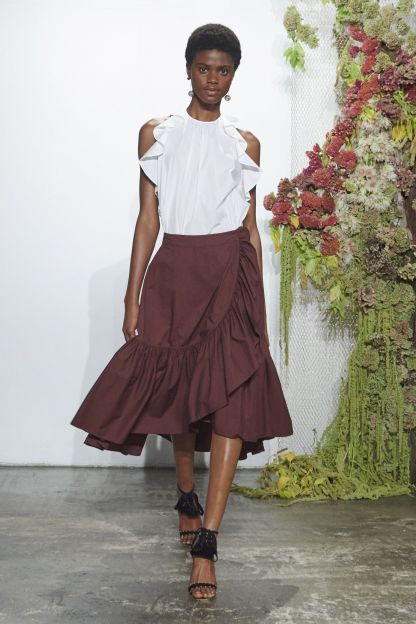 Draping is a skill that requires eyes that are able to draw with the fabric. That’s what Rosetta Getty was able to do so well here. The opening look had my heart fluttering though not in the cliché sense that we know it, despite the ‘cold shoulder’ that has been a trend for quite some time. This time, it was re-invented through some large folds that merged into the sleeve – a clever little trick that combined deconstruction and wearability together.

These folds were further explored into other garments which led the way for the collection. The description, ‘effortlessly undone’ came to mind at which the composition of the photos and its setting appeared to follow suit too, as if making a statement. If so, it was a strong one. A masculine colour palette can be romantic too without trying too hard. 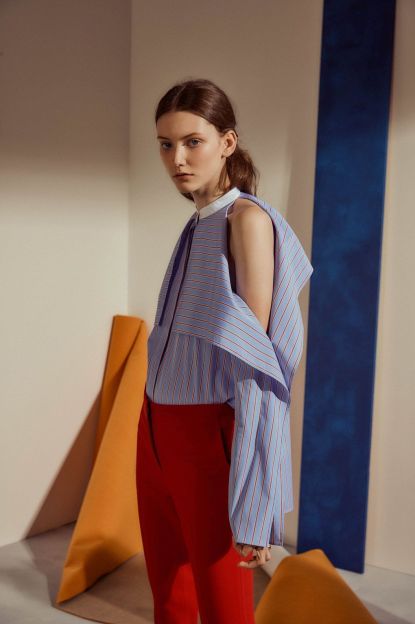 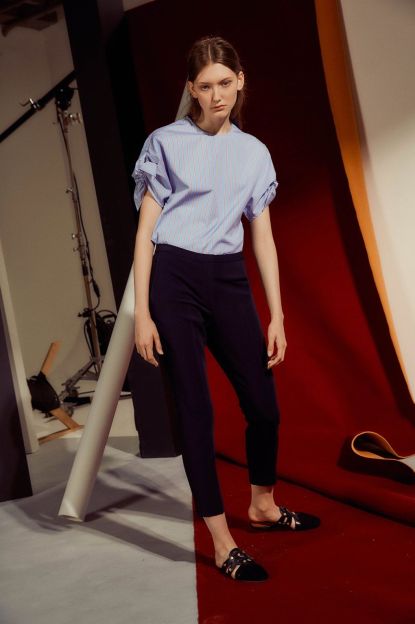